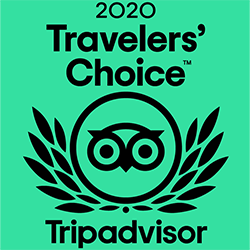 Many activities await you just minutes from Cliff Dwellers Lodge. Hiking, rafting, fishing, visiting parks and star gazing will keep you busy for hours or days it’s all up to you.

More Things to Do

“Stayed here before and after kayaking Glen Canyon. The hotel was perfect and the restaurant has the most amazing food.”

After crossing the Colorado River by ferry, Blanche and Bill Russell, the original homesteaders at Cliff Dwellers, established a small trading post here in 1920. Their original home still stands at the end of the property. The pair established camp next to Soap Creek where they constructed the unique rock house next to Soap Creek and the unique rock house for which the community received its name. The cowboys who drove cattle on the AZ Strip called the Russell homestead “Cliff Dwellers” because of its proximity to the Vermilion Cliffs.

Captivated by the blazing red Vermilion Cliffs and seemingly endless blue skies, it’s no wonder settlers chose to homestead in such an inimitable environment. The Arizona Strip, with its isolation and solitude, offered a unique way of life for travelers seeking the freedom the American

In 1943, new owners Art Greene Sr. and his family ran trips from Lees Ferry upriver to Navajo Bridge with Greene running the 60 mile trip in a 450 horse power Everglades fan boat. His boat burned 30 gallons of fuel per hour and it took him three days to reach the natural bridge. Those early river operations were primitive at best. He took every other trip up river solely to stash fuel reserves. The Greene family continued to manage the trading post at the rock house until they expanded their operation and built the original lodge at Cliff Dwellers.

Today, Terry and Wendy Gunn operate Cliff Dwellers Lodge and Lees Ferry Anglers in the same spirit, providing food and a place to

stay for travelers heading to the Kaibab Plateau. And our guided fishing trips take adventure-seekers into the same spectacular reaches of the Colorado River in which Art Greene ran his guide operation. The canyons have since become a destination for families and vacationers alike.